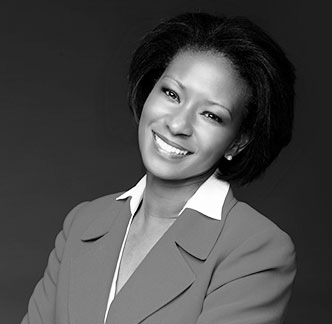 Prior to Day 1 at Amazon Web Services as a Senior Manager, Leadership Development, S. Renee built her brand and business from ground zero to becoming a nationally recognized self-esteem, branding and communications expert, coach, speaker and author. S. Renee can point to thousands of people who have experienced the positive results of her advice, but perhaps her strongest endorsement is her own life.

S. Renee’s confident, courageous, unstoppable mindset has been shaped by failure, rejection and criticism. Her life-changing There Is More Inside™ programs have been developed based on her accomplishments and the deliberate successes of her clients.

Teased and bullied until age 12, in only two years after reading her first book on self-development she was elected queen of her middle school and won the superlatives friendliest and best personality.

Believing that no is never the final answer, despite being told that she wasn’t “model material” because her nose was too big, her complexion too dark and she was too short—she packaged, positioned and launched her own modeling career. After years of being in the industry, she was encouraged to consider plastic surgery to increase her marketability, but refused. She worked IMAN, Susan Lucci, and the late Joan Rivers and others. That career lasted for more than a decade.

Using the branding principles she teaches today on how to package, position and promote oneself in the marketplace, S. Renee secured a talk show host and spokesperson position with United Paramount Network (UPN)–Philadelphia without taking a single class in broadcast journalism. As a host and producer, she held a strong stance on addressing issues such as women and diversity, inequality in education and health care, neighborhood revitalization, violence and the impact of negative images and lyrics on youth.

After leaving the entertainment industry, she used her knowledge of value proposition and savvy negotiation skills to gain a promotion from admissions counselor to director of public relations at an institution of higher learning in only 8 months—placing her in the president’s cabinet.

After a year of being bullied, she was fired from that job and four months later her fiancé walked out of her life. Diagnosed as being depressed, S. Renee threw the doctor prescribed antidepressants in the trash, made up her mind that her life was going to change and she began her journey back to herself. It was in that place that There Is More Inside was born.

A thought-provoking and insightful speaker, S. Renee delivers passionate, power-packed informational presentations that teach others how to build the confidence and create a likeable, marketable, and credible personal brand.

When S. Renee is not writing, coaching or speaking, she is volunteering. In 2015, she became the first Honorary Command Chief at the Department of Defense largest aerial port, Dover Air Force Base. She was one of 150 people in the nation invited by the Secretary of the United States Air Force to attend the 62nd National Security Forum at Air War College, which was held at Maxell, Air Force Base, Montgomery, Alabama.

She is the Chair of the William J. and Rev. Shirley M. Smith, Sr. Scholarship Fund and former chair of the City of Dover Human Relations Commission. She also serves on United Way of Delaware Women in Leadership Council, the Commission on Early Education and the Economy and on Kent County's Advisory Board of Delaware's largest philanthropic organization, Delaware Community Foundation.

Among many recognitions for the impact she has made on others' lives, July 17, 2010 was declared S. Renee Smith Day in the City of Buffalo, New York. On May 9, 2013, she received a commendation from Delaware House of Representatives as a Personal Growth Expert and on April 16, 2015, Wilmington City Council organized a citywide book signing and acknowledged her for her work for the world best-selling brand series, For Dummies. In 2006, she received the Distinguished Alumni Award from the National Association for Equal Opportunity.

S. Renee is a graduate of Leadership Delaware. She earned certificates of completion from University of Delaware Conflict Resolution Program in basic mediation training and in sales from Xerox International Center for Management and Training Development.

There Is More Inside™... Own Your Power!

Get FREE Tips & Tools on how to love yourself, launch your life and build your brand.